Tell Me How to Get to Sesame Place

Sesame Street has educated and entertained generations of children. It seems every kid started out learning their ABCs, 123s, and life lessons from Big Bird, Grover, The Count, and Elmo. And while the show never does reveal how to get to Sesame Street in New York, you can meet all your favorite characters at Sesame Place in Langhorne, PA. 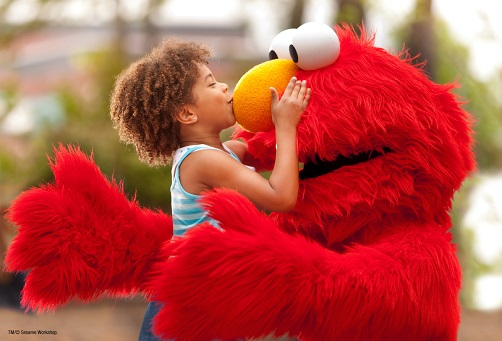 “You can see any of your favorite characters,” says Events and Production Manager PJ Schweizer. “In terms of most popular, it’s absolutely Elmo. He’s the one that everybody wants to meet.”

Sesame Place opened in 1980, and Schweizer describes it as, “a fun, adorable family destination theme park where the magic of Sesame Street comes to life.”

A native of nearby Pittsburgh, Schweizer says the park has always had a special place in his heart. “I actually grew up going to Sesame Place, so it was always in my mind.” Today, one of his favorite things is seeing the kids enjoy the rides that he loved as a kid. “The thing that makes me the most nostalgic is the Vapor Trail roller coaster when I see the kids ride the same ride I grew up on,” he explains.

After graduating from college with a theater degree, Schweizer was hired by Sesame Place as a performer in 2006. Now, after years of hard work, he is in charge of running the various live shows and entertainment, helping train new performers, and putting together musicals, parades, and special events. 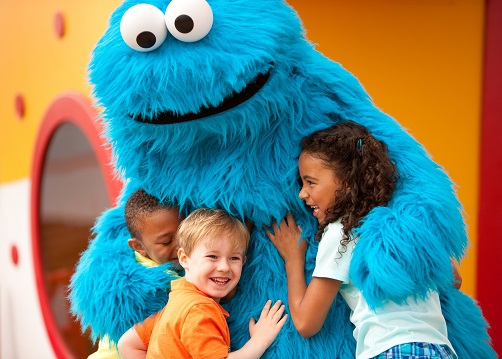 But what does it take to be Big Bird or Cookie Monster? According to Schweizer, quite a bit. “We spend a lot of time training the actors how to act a certain way,” he explains. The good news is that you’ll never be asked to imitate Elmo’s iconic voice. “They don’t have to mimic any of the voices," he says. "Anytime we use a character’s voice, it’s a recording from the original puppeteers.”

But it is an incredibly physical job, with actors having to master their character’s gestures and movements, even while wearing a full-body costume. “We need someone who can emote and be really energetic through what is basically a carpet,” he says. The payoff is worth it, though, when a little kid comes running up for a hug or a photo, believing you’re the real Cookie Monster or Abby Cadabby. “When the kids come to the park, they just see their favorite furry friend.”

On top of that, the live shows take additional time to prepare. Schweizer puts together shows like Elmo the Musical and The Magic of Art, as well as the parade. “It varies depending on the show," he says. "Elmo the Musical only takes us about a week.” The Neighborhood Street Party Parade, meanwhile, takes 3-4 weeks of practice and set-up. He explains that a lot of the preparation depends on the availability of the actors because many of them are college students with hectic schedules. But in the end, Schweizer says that he is “proud of how a bunch of nervous college kids grow into great performers in the parade.”

Another major part of putting together the shows is keeping them true to the Sesame Street style. That means learning is a major part of every show. “As well as being fantastically fun, we try to be educational as well.” After all, Sesame Street is one of the first places that generations of children have learned things like manners, colors, and life skills. “Wherever we can, we try to throw in educational elements.” 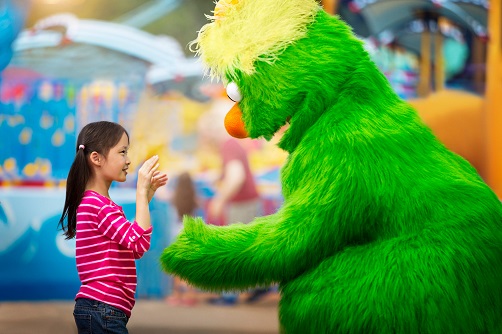 With all the furry characters and learning, it’s easy to assume Sesame Place is just for little kids. But it really is a park for the whole family. “At the end of the day, we’re all about kids, and we’re all about being a kid again,” Schweizer says. This means making sure there are things for parents and older kids to do, like roller coasters, water slides, and more. He says it’s not uncommon for older kids to really start enjoying themselves. “The almost-teenagers come in grumbling about how they don’t want to be there, but then they’re the ones who want to go on the rides again and again,” he points out. He also says they’ll even grin and bear posing for pictures with the characters, just to make their little brother or sister happy.

If you’re looking for a great family outing, you can’t go wrong with Sesame Place. Kids get to see their favorite characters, and parents will get to enjoy the rides, shows, and parades right along with them. So grab your camera, find your favorite furry friend, and get ready to enjoy the magic of Sesame Street.